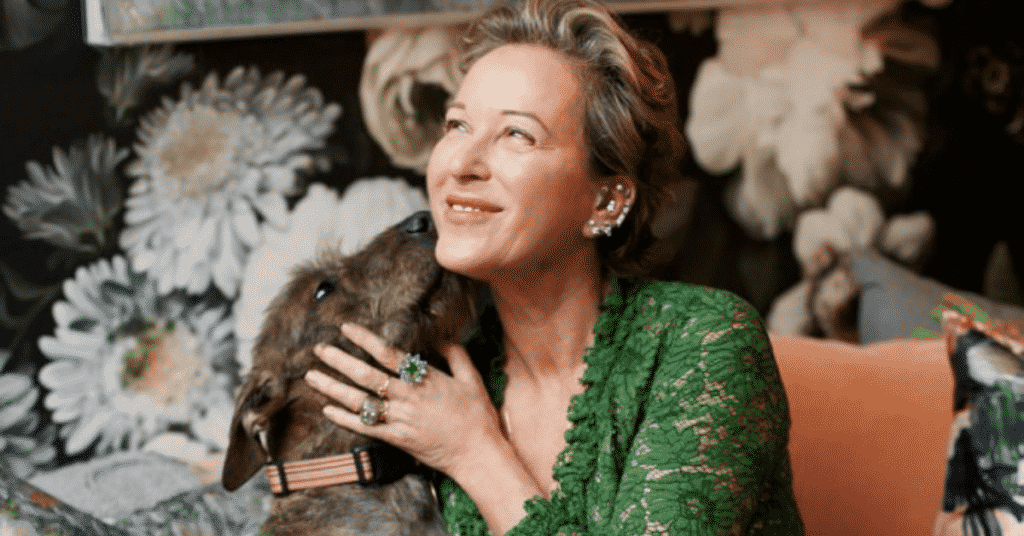 Campaigner for the world’s stray dogs, Nikki Tibbles has been nominated for a Naturo Superdog Award. She has created an achingly glamorous and beautiful flower shop called Wild At Heart in Liberty London and set up a Foundation to save stray dogs, rehome dogs and rescue dogs across the globe. She is definitely a force to be reckoned with, and a worthy entrant for this prestigious award.

Nikki fell into floristry due to her love of nature and beautiful things. Her first job was with Interflora but she quickly progressed to opening her own store and her dream became a reality when she landed a spot at the infamous Liberty London. This opened doors to glamour, celebrity and wealth but Nikki had another path to follow.

A vocation to save the world’s stray dogs

Nikki had always been a huge dog lover but a trip to Puerto Rico changed her life. She was immediately deeply affected by the number of abandoned dogs she saw. Their suffering made her realise she wanted to do more for these poor dogs across the globe. Then, in 2014 she found herself needing to rescue a litter of puppies from Romania. Nadine Kayser, communications director for a management consultancy, got in touch about adopting one and Nikki and Nadine clicked. and

The Wild At Heart Foundation

After Nikki shared her dream of creating a Foundation to help the world’s stray dogs with Nadine, the pair launched the Wild at Heart Foundation. The organisation supports tiny charities serving dogs at risk in South Africa, Spain, Romania, Greece, Puerto Rico and the UK and the Nikki’s team list the dogs on their website and do the vetting and home checks before any dogs are rehomed. The foundation has become the go-to site for celebrities looking for pets and Noel Gallagher, Sophie Dahl and Louise Redknapp have all fallen in love with abandoned or unwanted dogs through the foundation.

The Wild At Heart Foundation does great work

Nikki’s success as a campaigner for the world’s stray dogs has changed the lives of so many of our furry friends at risk and brought so much joy to those who adopt them, there is no doubt her nomination for a Naturo Superdog Campaigner Award will be applauded around the world and we wish her lots of luck.