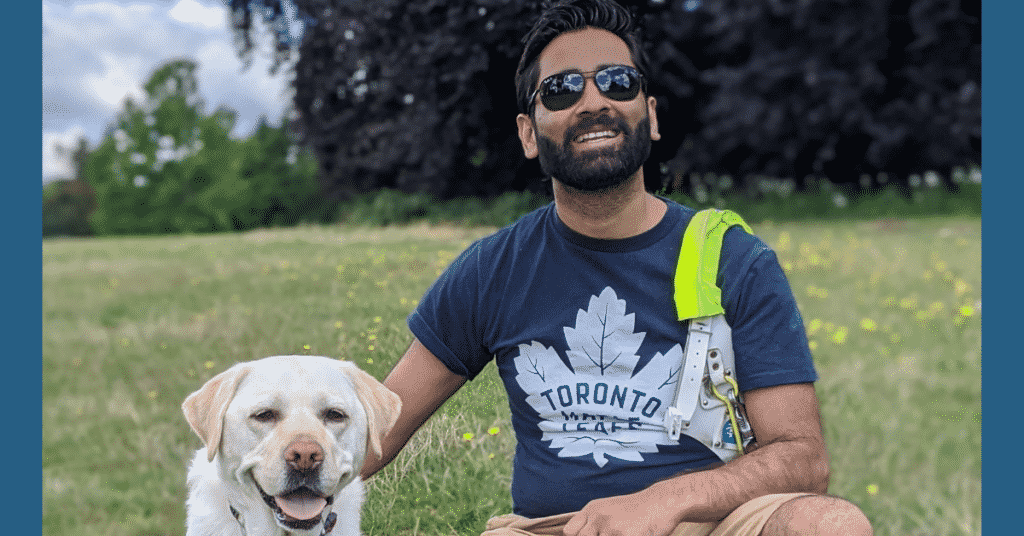 One duo who deserve a special mention are Naturo Superdog Award nominees, Dr Patel, nominated in the Campaigner Category and Kika the guide dog in the Worker Category.

Dr Amit Patel was a successful trauma doctor when he was suddenly struck down with a rare condition that caused him to lose his sight within 36 hours after his body rejected a routine corneal transplant. It is the stuff of nightmares, but sadly one that became reality and threw him into a scary world of darkness and white canes. Dr Patel took 3 months to slowly come to terms with his new life and finally managed to pluck up the courage to leave the house with a stick to guide him.  It took immense courage and strength to leave the house but he was quickly shown the ugly side of human nature when he was assaulted simply for being visually impaired. He hit rock bottom and refused to leave the house alone. Something needed to be done.

Dr Patel and his wife heard about a guide dog who was showing her character as a little mischievous yet powerfully intelligent and caring. Normally the visually impaired can be asked to wait as long as a year or more before being matched with an appropriate dog but Kika was matched with Dr Patel after only 6 weeks!

Dr Patel then went through a journey of self-discovery and the huge task of handing over his independence to this beautiful four-legged carer!  He began adjusting to his new life and even began to feel safe enough to go out on the streets alone. After his previous traumatic experience, he decided to record his outings in case anything happened again with GoPro. As it turns out he then started to suffer abuse from members of the public calling him out for working his dog too hard and being cruel by having a dog helping him. Dr Patel published the video online and gained a huge following from people who supported him and wished to offer their support to him and his gorgeous dog Kika.

Dr Patel has managed to turn this fateful situation into something positive by campaigning for those who need help and spreading awareness for those who are visually impaired. Kika has grown into her role and the two of them now share an impenetrable bond with Kika even making it possible for Dr Patel to share in the childbirth of his two children. He has even managed to put his adventures into writing by penning a bestselling book called Kika & Me; How One Extraordinary Guide Dog changed My World.

Is your dog your hero? Show them some love and nominate them for a Naturo SuperDog Award