Jasmine’s Law says everyone should have the right to love a pet. 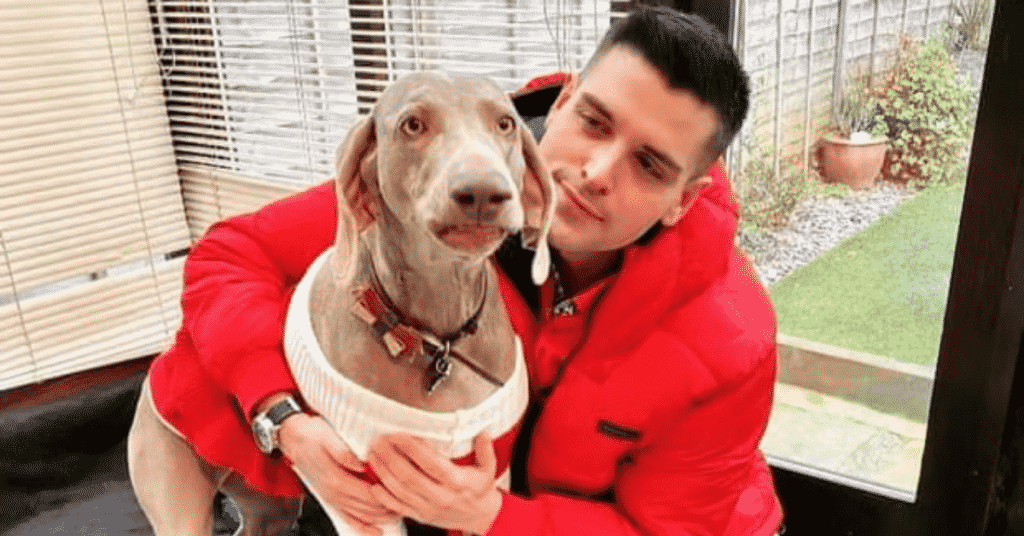 Jasmine’s Law says everyone should have the right to love a pet.

The UK is well known as a nation of dog lovers, and from the avalanche of entries we have received for  the Naturo Superdog Awards,  it’s been humbling to see the incredible impact dogs have on our mental health and general wellbeing.  However, a huge chunk of the population are being denied the opportunity to benefit from their love of our furry friends simply because of their living situation.

Anyone wishing to live in rented accommodation in the UK was faced with an almost impossible task of finding suitable accommodation due to the blanket “no pets” ban imposed by landlords.

In 2017 Gabby Kuehn was heartbroken when she was forced to abandon her gorgeous flat simply because of the no-pet ban. She gained national support when she took the decision to court but sadly lost her case and had to re-home her faithful friend.

In 2020, the issue again became a hot topic, after the story of a gorgeous Weimaraner named  Jasmine gained national attention. Jasmine had to be left behind when her owner Jordan moved to rented accommodation.  Although the rental is close to parks and would be suitable for a pet, Jordan was not allowed to care for his beloved dog even for a brief period while his folks were away.  Sadly Jasmine is just one of the millions of dogs who are not welcome to join their owner because landlords have unnecessary restrictions on pet ownership.

When the Member of Parliament for Romford, Andrew Rosindell, also a dog owner, learned about Jasmine and Jordan, he stepped up to help lead the demand for change.

The number of people who prefer to be identified as homeless rather than lose their pets is shocking.  If suitable accommodation is found but the potential tenant declines due to the no pets policy, that person is then marked down as homeless and the agency no longer looks for accommodation for them.

Being a dog owner himself, Andrew was spurred to action just thinking of the number of people who have had to go through lockdown alone with no companion allowed in their home for comfort and companionship..

Support for Jasmine’s Law includes animal rights and animal welfare organisations across the UK, including the RSPCA and the Battersea Dogs & Cats Home and dog lovers across the country are joining the campaign for #APetInEveryHome.   successfully lobbied to get the bill dubbed Jasmine’s Law heard in Parliament.

In his speech, he told the House of Commons that dogs are more than Man’s Best Friend, they are members of the family, and separation from them can be devastating for owners and dogs alike.

We know how strong the bonds are between pets and their humans, and we know that the debilitating effects of loneliness can be combated by a close bond with an animal.  He maintains that people who have a pet are lucky, but too many people have suffered the loneliness of lockdown which could have been avoided if the discriminatory “no-pet” clause was dropped.

Jasmine’s Law suggests reasonable provisions that could shift the balance of decision-making power slightly more toward tenants, while still ensuring there are strong measures in place to protect landlords.

The suggested way forward is Certificates for Responsible Animal Guardianship for prospective tenants with pets, and Certificates of Exemption for landlords.

To receive a Certificate of Responsible Animal Guardianship, the owner of a dog would have to demonstrate that the animal is microchipped, vaccinated, and able to respond to basic training commands. The Certificates of Exemption for landlords would apply only for religious and health reasons.  This would make it impossible for landlords to automatically get an Exemption Certificate.

There have been promising developments and  the government recently announced changes to the Model Tenancy Agreement.  It’s clear the impact of the campaign to allow a #apetineveryhome and Jasmine’s Law is being felt and the blanket “no pets’ ‘ policy has now been banned from the agreement .

“This is a significant step,” said Rosindell.  “As the housing minister made clear in his statement, blanket bans on pets are ‘unfair’ and these changes are clear indications that the Government recognises the extent of the problem.”  But the Model Tenancy Agreement is just a template. “It is not legally binding” explains the MP.  “We must turn these proposals  into law to ensure a pet in every home.”

The campaign to pass Jasmine’s Law is more important than ever and we hope you will join us supporting  #APetInEveryHome by reaching out to your MP to let them know how much support there is for the bill and urge them to call on the government to introduce legislation that bans no-pet clauses in tenancy agreements, protecting existing human-companion animal relationships, as is common in many countries. Every pet has the right to a loving home.