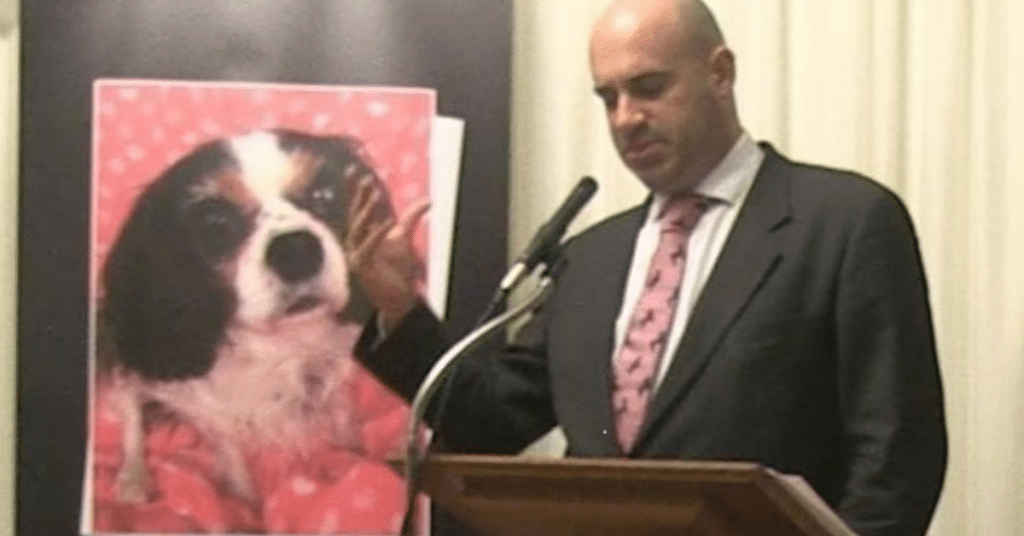 Today Marc Abraham debates in parliament to protect dogs. The well-known vet and a founder of PupAid hopes to close loopholes in Lucy’s Law which makes it illegal to buy a puppy from a third party in the UK. He has been campaigning for 9 years, supported by a raft of well-known personalities over the years including fellow nominees Meg Matthews, Ricky Gervais and Brian May to name a few,.

On the 6th April 2020, all the hard work paid off and Lucy’s Law came into effect. The new law is named after a little dog called Lucy, a Cavalier King Charles Spaniel. The terrible conditions she endured as a breeding machine on a puppy farm helped to highlight the need for legislation to clamp down on this cruel and indiscriminate trade.

Sales of puppies is a lucrative business for unscrupulous traders who smuggle puppies from overseas, having been transported hundreds or thousands of miles across the continent and sold to unsuspecting new owners via third party dealers. Many of these puppies became seriously ill or die within days or weeks. The law bans third-party sales, which means that puppies can only be sold to new owners by registered breeders or rescue centres. Lucy’s Law means greater visibility over how and where puppies are bred and sold.

But whilst this has been a significant step forward in the protection of puppies and their mothers, there is a loophole in the law that is allowing puppies to be exploited overseas and brought into the country with no fear of prosecution.  Marc helped raise over 100,000 signatures to petition the government to address the problem he will be in parliament today, June 7th 2021, for the debate

Marc Abraham argues that Lucy’s Law should be amended because, “It permits breeders to sell puppies under a pet sales licence, rather than a breeders licence if the dog was bred overseas. This enables breeding to take place in facilities that can evade scrutiny and provide no guarantee of meeting English licensing standards.

There are now effectively two distinct sets of standards for puppies sold in England depending on whether they are bred here or abroad. Under the former, strict scrutiny of the breeding premises is required, and the puppy can only be sold from the place of birth in the presence of its mother. Under the latter, these protections are absent, with all the potential for the negative consequences on puppy health and welfare, human health, as well as puppy socialisation highlighted above.

The tragic case of a puppy dying just 6 days after being delivered from Russia has exposed a completely legal but immoral route to market for pups bred hundreds of miles away and sold away from their mums. Who’s actually inspecting these breeders and transportation conditions? Selling imported pups like this is cruel and appears to contradict the Government’s own advice to always “physically see puppies interacting with their mothers in their place of birth” as with Lucy’s Law in England.

Here’s hoping the Government makes the right decision and shuts down this abhorrent practice as soon as possible!