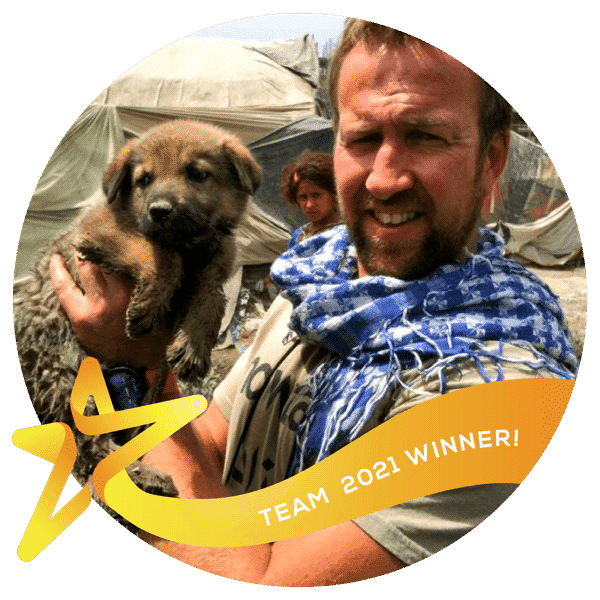 Congratulations to Pen Farthing and Nowzad – winners of the 2021 SuperDog Team Award!

The whole team at Nowzad worked under immense conditions, every day, in what must be one of the most dangerous cities in the world – Kabul in Afghanistan.

The Nowzad Charity was founded in 2007 by former Royal Marine, Pen Farthing, and is a registered UK charity. Operating in extremely dangerous conditions, Nowzad provided veterinary care to the stray dog and cat population in Kabul. They have rehomed and reunited thousands of dogs with the military personnel the animals bonded with whilst on active duty in Afghanistan.

Team Nowzad has faced unprecedented challenges and they are determined to overcome them to help animals at risk in Afghanistan. 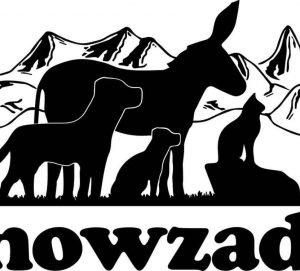 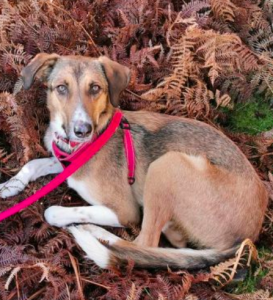 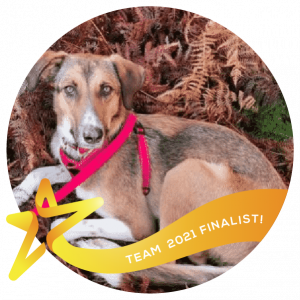 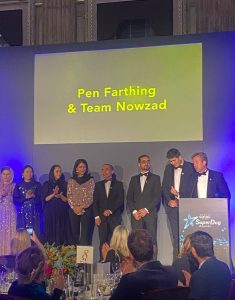 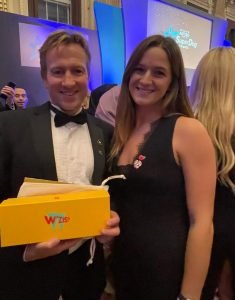 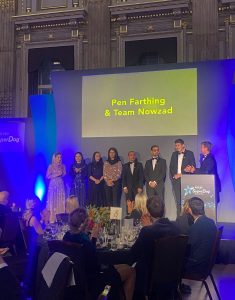 Show your support for Nowzad

of course nowzad should have won – the bravery of Pen and his wife and his team in Kabul under years of uncertainty and danger is unbelievable. well done to all of you and thankyou you all so much

Thrilled that Pen and his amazing team have made it to the finals. They are a voice for the voiceless and worked hard against all odds to help the innocent animals in Afghanistan. Truly inspirational!!

Deepest appreciation to all these brave people!

So pleased Pen and his amazing team received recognition

Pen is heroic. People and animals

I followed Nowzad and Operation Ark from the start. Blown away by the bravery and selfless dedication of Pen’s veterinary team and so relieved for them to finally get to the UK. For everything they have done and will do they deserve to win.

NOWZAD are truly incredible and inspirational They gave us hope that with will, dedication and determination anything can be achieved. And it was!! They so deserve to win this award for all the amazing work they do. Good luck to all the NOWZAD team.

Helping animals selflessly, because they are helpless and voiceless. And in such a an extreme life endangered situation. Angels and hero’s all of you.

Team Nowzad, thank you for the courage and love for animals.

All finalist are doing an amazing work. Team Nowzad and Pen however have worked out of the box. All never gave up even in the worst of scenario. I can only say in French chapeau. It is not important to win but to accomplish…and that the team did.

All the nominees deserve an award for the wonderful work they do.
I nominate Nowzad – the entire team but especially PF ( The Driving Force! ) for working under extreme danger and duress for a cause in which they truly believe . Wishing them all love and happiness .

What an amazing selfless man and his team. To put the lifes of these poor dogs and cats before their own lives. Not much makes me proud to be human,these people do. A worthy nomination. I hope they win.

Very worthy finalist, they should win for their sheer courage and determination in getting the animals and the whole Nowzad team out of Kabul and for the on going work they do to rescue animals and help war veterans. Pen Farthing and his team went beyond the call of duty and shouldbe recognized.

Thank you for everything you have done!

Very worthy watched it all through hero

This is an amazing charity that has changed the lives of more humans than animals. I say this because when one animal who helped with the morale of numerous troops is rescued and adopted, the entire group realizes that life is worth living. PTSD is real, these acts of rescue provide hope. As a Veteran who has benefited from the gift that is NOWZAD, I am forever grateful.

All are amazing but u wont find any more deserving than Pen and Nowzad. Grit determination and courage brought him his animals and staff out of Kabul. HERO 🐾🐾🙏❤

Nowzad deserves to win!! The hardest & most treachorous rescue I have ever come across in my lifetime.

Nowzad rescued my two legged Cat , Iris Grumbleweed, from the horrors of the Kabul streets. Nobody else would have helped a bad tempered two legged Moggy ,they tended her wounds and eventually bought her to the UK.
Nemo resideo.
They are the real deal.

Awww, kisses to Iris.﻿😺﻿ I’ll bet she is spoiled to death now.

I followed most of Nowzad’s terrifying exodus from Afghanistan, sitting on the edge of my seat for days. Despite the enormous stress and danger of the situation, Pen Farthing was heroic, managing to stay calm enough to finally coordinate a safe getaway.

It would have been a terrifying enough ordeal to get just yourself out of Kabul amidst a dangerous chaotic evacuation. However, to even contemplate driving through checkpoints & airlifting an entire animal rescue shelter out is beyond belief. Sheer love of his animals & staff drove Pen to put this unbelievable plan into action. This love, compassion & loyalty shown by Pen & team was recognised & harnessed by the public. Through danger, chaos, fear, suicide bombs, tear gas & guns pointed at them, they showed determination.
The work of Nowzad needs to be recognised. This is not just an animal rescue, but a charity for soldiers mental welfare in saving soldier’s animal companions. Nowzad should sit in importance alongside the big military charities, e.g. Royal British Legion.
It has done incredible work in Afghanistan with veterinary education programmes, rabies vaccine projects & building a legacy. Nowzad needs recognition for all it has done. Operation Ark, needs to be recognised for its remarkable success. Operation Ark is not over, its team needs encouragement to rebuild itself having landed back in UK without a home now. It needs recognition & encouragement to rebuild back up, to face its next place of action to help animals.

I supported NOWZAD before the disastrous evacuation. They do Wonderful work. Pen is one of the most persistent persons I know, and admire his work. So happy Pen, his staff and sweet souls were rescued! Yes, I did scream at the TV, Facebook, and forwarded messages to news media. This Organization Deserves this Award! 💞

Nowzad got our boy Pegasus home from Afghanistan for us. We are forever in their debt.
Go Nowzad

All the finalists are so worthy but Team Nowzad perhaps went beyond what anyone could even hope to achieve – in a war decimated country,hostile to life in so many ways, they – under the guidance and courage of Pen Farthing, put their lives so far over the line to help the animals in their care and to pave the way for local people to learn, gain important skills and provide care even into the future. Please recognise Pen and his Nowzad Team for putting the lives of their rescued animals before their own lives and safety. What Greater Love and Courage to the Voiceless can there be than to put those lives so far ahead of their own.

Since 2009 I’m following Pen’s and Nowzad work. In that time Pen helped us to get the Bazgir home, the dog which my boyfriend found on his tour in Afghanistan. And it was not only Bazgir who came to us because of the good work of Pen, also Juliet and Mate. Unfortunately we had to say goodbye to Bazgir in July. At that moment Pen was in the US to reunited the last dogs with their family’s in the US before the CBC ban. While busy with tat work he found a moment to send us an email to tell us that he is really sorry to hear the sad news about Bazgir. since the beginning of Nowzad Pen was doing great work… 12 years later he did something which seemed impossible… getting his animals and staff out of Afghanistan. A really true hero!!! ❤️

I have followed and donated to Nowzad for many years. Wonderful organization.

However worthy the other finalists, there can really only be one winner. The work of Pen and his team is still going on with dogs and people to be rehomed and resettled. Outstanding work frrom Team Nowzad and Pen Farthing.

Nowzad run by Pen farthing have done a wonderful job in so many ways, Pens determination to take aim, fire and follow through the arrow of intent is second to none, he is a true hero with a “one in all in” team spirit, leaving no stone unturned to help every animal and person in his team and care and any others he could help along the way. One in a million. I love you Nowzad 💕

I followed the rescue operation from the beginning and proudly became one of Pens ‘keyboard warriors’ using Twitter for the first time to raise awareness of his Operation Ark. There were many ups and downs. Having to read the lies of Ben Wallace and the press was galling. But through it all and Pens guts and perseverance there came the new that he and the rescue animals were out and then all his staff. The team truly deserve the award.

Voice on the ground is right. Thank you and well done! Hope you win this award!

They so deserve to win this all what they been through to get the animals to safty. What amazing team 👏.

I was kept awake with worry, I knew he would do all he could, but I wanted so much to be able to help.

I’ve never felt moved enough to email and phone my MP before but Pen and Nowzads plight made this a necessity – so much so that I received four letters in return. The success against all the odds is due in a massive way to the sheer determination and love shown by Pen for his animals and his team. This galvanised such a huge swell of public support that Nowzad were saved. Watch the desperate videos – the range of emotions tell them story. This man is exceptional and the Nowzad family are amazing.

Pen and his team are the most compassionate human beings to walk this earth . In a dangerous environment they continued to care and look after sick and stray animals and reunite the military with their faithful companions giving them a loving home .Nowzard have shown that animals do matter and deserved to be saved and although in danger themselves they did everything to get those animals out of Afghanistan and take them to safety. True angels in my opinion . They deserve this so much

The comments below sum it all up. A Hero in a million. I read Pen’s book Nowzad and remember thinking whow, this man is some man. A cool cook. Operation Ark had me thinking of nothing else, day and night as Kabul fell. Everytime my phone blipped I rushed to it in case there was an update. I kept my network of friends updated as we texted and emailed the Prime Minister and Defence MinisterWhat he and Nowzad and all concerned with it have achieved over the years and their nail biting exit to safety from Kabul, is beyond incredible. He is that wing man we all wish we had.

Pen farthing’s Nowzad dogs brought over 190,000 people together and taught them how strong they are as a team.
Pen and the team that care for those animals are truly remarkable.!

Nowzad and Pen Farthings team faced and overcame incredible danger to rescue dogs, cats – any animal in danger besides getting humans out of danger. They all took immense risks and never gave a single thought for their own safety. A remarkable group deserving all the recognition there is. Well done to them all.

I wish The Nowzad team all the very best!! Pen and his team absolutely deserve it 👏.More than xx

Pen Farthing and his team are amazing! I have been following him and was so humbled by his determination the get these animals and his team out of Afghanistan and into safety! A true hero to put himself in harms way to save everyone! He deserves this award for his bravery and selflessness!!