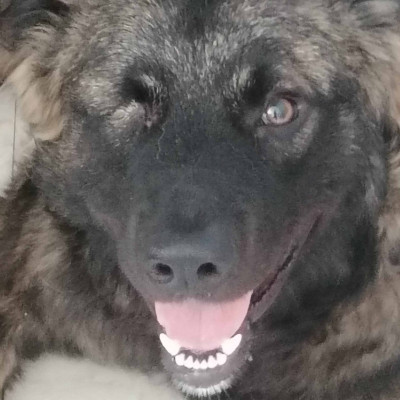 Mickey is a partially blind Alsatian Cross, possible shiloh shepherd. We adopted him from a rescue charity 2 months ago when he was 9 months old. He is originally from Bosnia and was rescued as a baby.  He was found to have an underdeveloped eye, so he had that removed and then was brought to the UK by this charity where he was fostered by a beautiful family until we adopted him 2 weeks later. Mickey has come on leaps and bounds and is such a happy and beautiful soul. He has given my son and me back the shining light after losing our gorgeous baby Rosie after 16 yrs on Good Friday this year. Mickey is a lovable rogue who loves cuddles, belly rubs and lots of fun and walks. 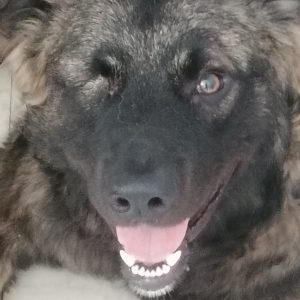 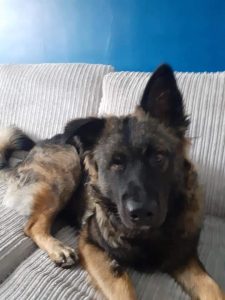 Show your support for Mickey