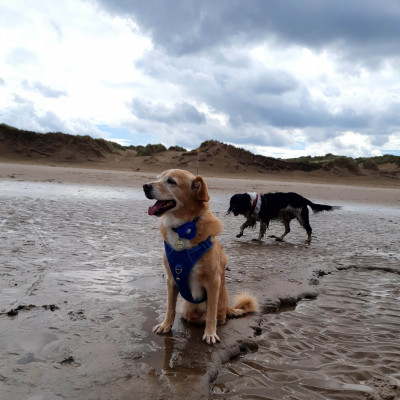 Mazar is a very brave and beautiful doggy from Afghanistan. He was a pet who was abandoned on the streets, and at some point, he was presumably run over by a car which left his back legs crushed. With no veterinary help his legs fixed in position and stuck out rigid in front of him, yet he was able to scuttle around as fast as lighting which he did for 2 years. He was just a really happy dog, despite the appalling injuries he had endured.

The clever pup somehow managed to find his way to a local vet lab there and the staff did what they could to help him, vaccinating him and keeping him healthy. But with limited resources, there was nothing more they could do.

Mazar was seen by a visiting vet who through contacts arranged to get Mazar transported to a clinic in Kabul where Dr Mohammad from Mayhew International came in and did the incredibly complicated surgery that was needed to remove both legs.  Normally a dog like Mazar would have been euthanised but he was such a trooper that it was felt that he should be helped as much as possible.  The surgery to remove both of his back legs was a complete success and within a few days, he was back to normal and getting himself around by lifting his body up onto his front legs and scuttling along.

In 2015 he left Afghanistan to head to Manchester UK and live with his new mum Helene. He continues to inspire as well as give comfort, company and many a laugh with his cheeky nature.  Mazar lives with 5 other dogs and time and time again he proves disability is no barrier to fun. Whether it is going down sand dunes at full pelt or chasing around with his fully able-bodied brother, Rowan, he proves there are no limits to overcoming a life-changing injury and living a full life. 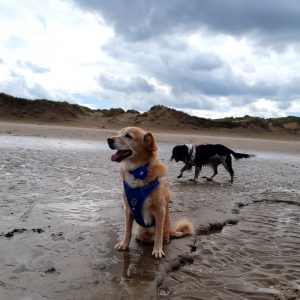 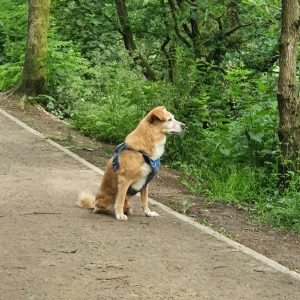 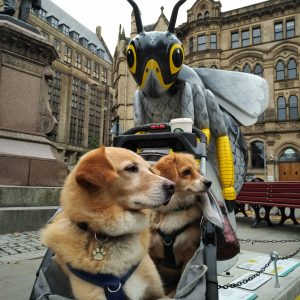 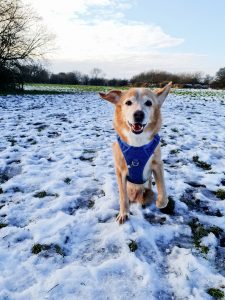 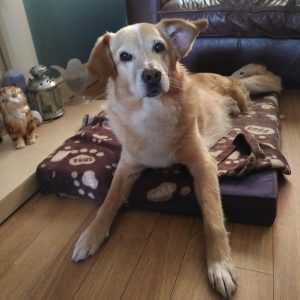 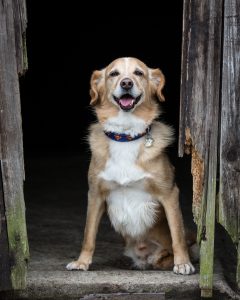 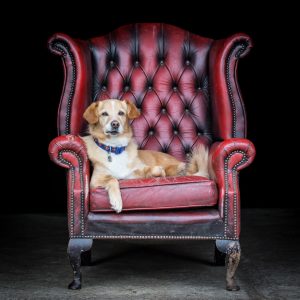 Show your support for Mazar