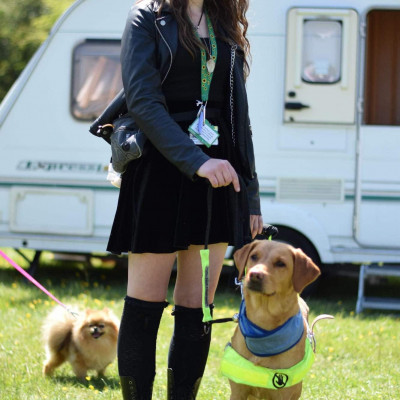 Poppy is a completely and independently owner trained guide dog for her owner who has Retinitis Pigmentosa which means she has restricted peripheral vision and night blindness. Poppy also assists Amelia with her autism and bipolar which is a major struggle on top of her visual impairment. Poppy not only guides Amelia physically but she also guides Amelia mentally through her daily life. Amelia taught Poppy to guide her around obstacles, find people, target objects, find her away around college and many more life-changing skills. Not only can Poppy guide Amelia, but she can also detect when she is going to have a panic attack. Then she provides deep pressure therapy by laying on her to help ground and calm her down during a meltdown.

Before Amelia got Poppy she hadn’t left the house for 4 years, she was terrified to even attend school and dropped out of education. For a long time Amelia had suicidal thoughts, self-harmed and even had suicide attempts.  But now Amelia has her four-legged companion to keep her grounded and safe. Amelia says “ If it wasn’t for Poppy I wouldn’t be here today “

Now with Poppy by her side, Amelia has been able to do daily tasks such as shopping, meeting friends, attending appointments and even attending college. Amelia and Poppy have already completed their first year of college together and have many goals including attending university together.

This life-changing dog deserves the world and more for what she has done for her owner. Not even metaphorically saving Amelia’s life ! 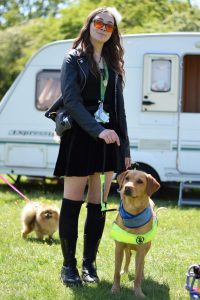 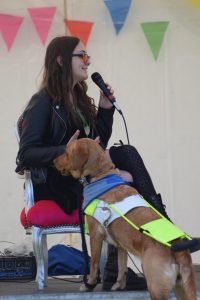 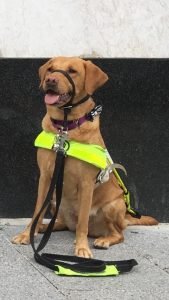 Show your support for Poppy