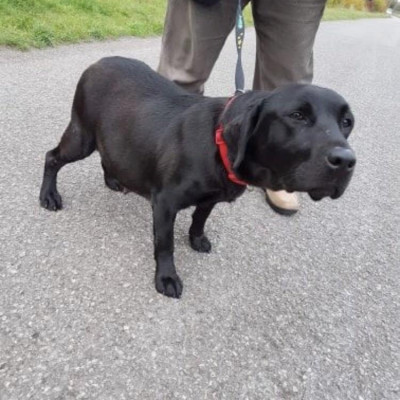 Ebony was handed over to Labrador Rescue East Midlands, heavily pregnant, underweight, frightened and alone. Two days after landing in her foster home she gave birth to 7 magnificent pups and she put her health aside to be the most amazing mum to 4 boys and 3 girls.  She then went on to build up her weight and self-confidence. She now lives with me!

Initially, Ebony was scared of her own shadow. Newspapers were scary, the mop was the devil and men were a no-go. Now she is a dog who gives others confidence and mothers all pups she comes into contact with.  She also now donates blood to the Pet Blood Bank.

The photos are before and after:  the first picture is the day she was handed over and she gave birth 2 days later. 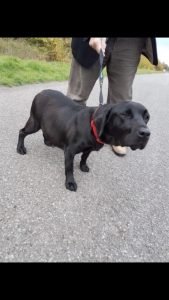 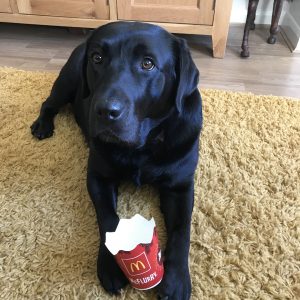 Show your support for Ebony