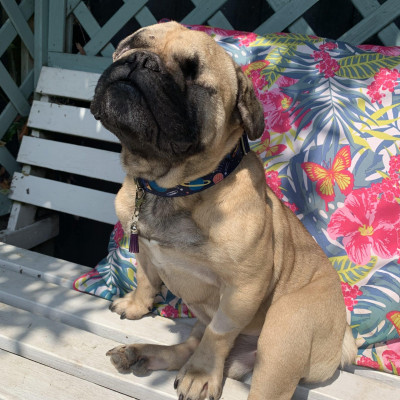 Yogi was a victim of lockdown abuse and with his previous owner suffered many injuries. He had repeated beatings and head trauma which resulted in him needing to have both eyes removed, he’s gone deaf and has spinal issues as a result of his abuse. Despite this, he is the most gentle soul and over the last few months has learnt to trust people again, learnt to navigate his way around the house and also learned to show his little character slowly but surely.
Yogi was taken in to rescue with Friends of the Animals Wales and I fostered him. He was very broken and shut down but has really started to come out of his shell now and is such a lovely dog. Despite suffering horrific abuse from someone he is very willing to meet new people now and is always such an attention seeker when given the chance.

After fostering him for months I decided to adopt him and so he is now a much-loved pet who will never suffer again. He welcomes any new foster dog into the house and is now helping other dog’s recover from trauma and stress. 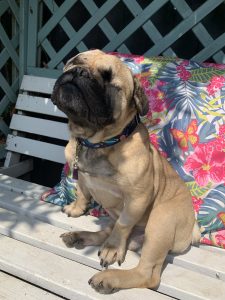 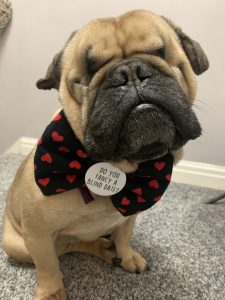 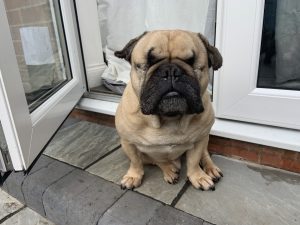 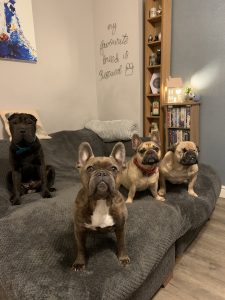 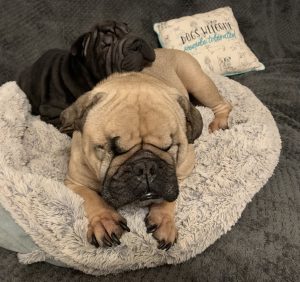 Show your support for Yogi Peanut