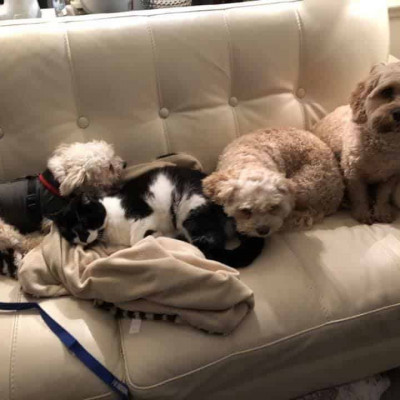 In October 2018, Poe, a tiny Bichon x Maltese, was removed from a Puppy Farm by the charity Friends of Animals Wales. The Vet estimated him to be around 6 months old. Horribly neglected, he was emaciated, with urine burns on his paws and torso, and fur hacked from his frail legs and paws – his body was a matted tangle of faeces and filth hiding a multitude of scabs and lacerations – who knows what cruelty he had endured!

He was terrified of humans; he would involuntarily defecate if a human was near him or made any eye contact with him. He was so badly traumatised that it was unknown whether he could ever be rehabilitated. He spent the first 2 months after being rescued in his first foster home hiding under a table. It was almost impossible to catch him; his terror was so great that he would bolt blindly into walls or closed doors. He had to undergo vet treatment and have dressings changed, so it was necessary to catch him, and this only added to his trauma! He would freeze, defecate and become rigid. He barely ate and existed only in the shadows; he seemed to have given up.

Poe had made no progress in 2 months, so in January 2019, he was placed into our care, where we had two calm and confident Cavachons, named Spike and Joey, as well as a dog-savvy cat named Smudge. We all hoped that a change of environment would help Poe now that the worst of his physical issues were healing. He weighed 1.2 Kg at this point – just skin and bone – no muscle mass.

We gave Poe a safe place to hide in – a cat igloo placed inside a puppy pen. He never came out. We never saw him eat, drink or toilet in several months. He did all those things after we had gone to bed. The puppy pen was lined with puppy pads, so we could change those when he was inside the igloo, causing him as little stress as was possible.

Our dogs and cat proved to be the turning point for Poe. They never left him alone – laying near him, but never coming too close or venturing too far away. After some months Poe began to show interest in them and very gradually, he began to interact with them. He eventually stepped out of his igloo in April 2019! It was a long, slow process to gradually build some confidence.

It is still a long and challenging rehabilitation process, though slowly but surely he made progress. After 16 months, Poe was still fearful of many things, but little by little his confidence was growing. We decided to take on another rescue pup and Jem joined us in April this year, a very sick 9-week old puppy-farm reject, in need of heart surgery for a life-threatening condition called PDA. Almost as soon as Jem arrived, Poe took on the Big Brother mantle. It’s very hard to describe the emotions of watching such a damaged dog offer the same canine compassion that he’d been given by his foster brothers. It’s been overwhelming to watch Poe emerge as a playmate and companion to Jem. She had her heart surgery at 5 months old and is now a normal boisterous 14-month-old puppy. They are inseparable and are both loving life – a far cry from their bleak beginnings.

Poe will never be a ‘normal’ dog. He will always be nervous in unfamiliar circumstances. But, he has somehow found a way to forgive us humans for the cruelty inflicted upon him, and he’s somehow found a way to befriend another dog with sad beginnings. He’s an inspirational little dog with thousands of well-wishers who have followed his story via my posts within the Cavachon Social Media Community, and he’s helped to raise thousands of pounds for Friends of Animals Wales over the last 31 months. He now goes on walks, carries a much-loved toy and will take a treat from our hand. He weighs almost 4kg, has great muscle tone, and is loving life in his own way. He’s been with us for 2 years and 8 months – we love him dearly.
He’s our Hero and a true Survivor ❤️ 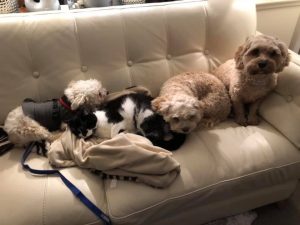 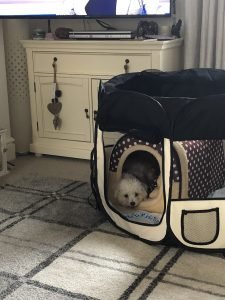 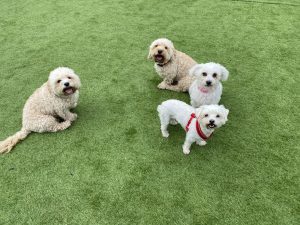 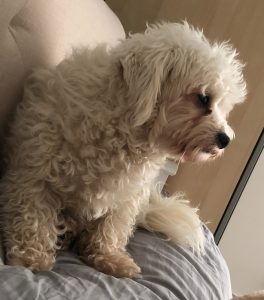 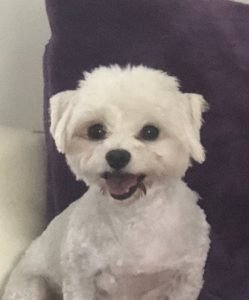 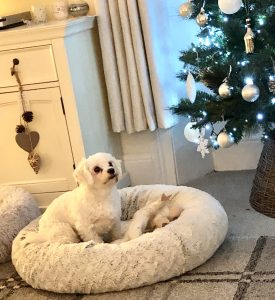 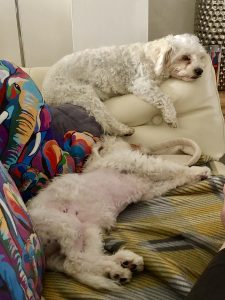 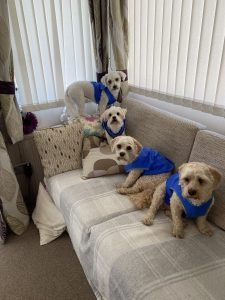 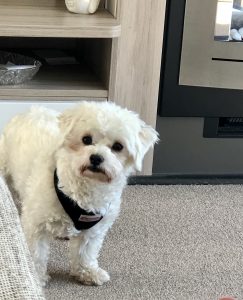 Show your support for Poe