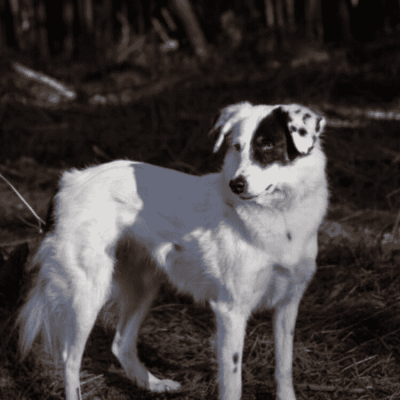 SuperDog Fleur is a collie crossed with a Dalmatian who survived horrific ill-treatment in Romania before being rescued from a kill shelter and becoming a therapy dog in the UK.  She was taken from the streets of Bucharest by dog catchers, and after a botched brutal spaying which left her intestines hanging outside her body, was left to die on a pallet.  After she was rescued by the Valgrays animal charity, we saw her picture on their website, and instantly decided to adopt her.  Three weeks after starting her new life with us, Fleur fell seriously ill with a rotten bowel. The vet gave her a 1% chance of survival and recommended euthanasia, but a second opinion from specialists at the Royal Veterinary College was her only lifeline. After rare and complex surgery, she only has very little stomach and intestines left, and she spent weeks in intensive care. As an NHS nurse, I was able to adapt my skills to nurse her with feeding tubes and drains and Fleur made a full recovery.

She went on to become a Pets As Therapy Read2dog, going into primary schools to help children read and communicate. She also visits nursing and residential homes.  A model dog, she loves humans and considering what she has been through, she is truly inspirational an ambassador for rescue dogs. A film about her life story is currently in development.

Fleur is nominated for a SuperDog Award because she is beautiful inside and out.  Last year during lockdown you could say she had to be furloughed so she then became my therapy dog during this pandemic. I am a nurse working on the front line and it’s been incredibly emotional and physically and mentally draining working 6 days a week. At the end of the day I come home to Fleur and I can cuddle her tightly and cry into her fur. She is a symbol of hope and that we should never give up!. She makes me laugh and gives me a reason to come home where I can be recharged by her loving nudges and tummy rubs and walking to unwind.  Fleur is incredibly inspirational. We never gave up on her and she never lets me down. 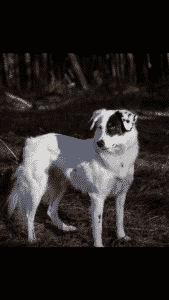 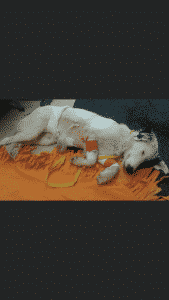 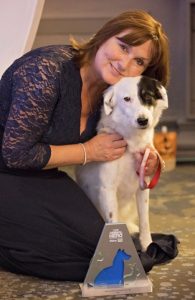 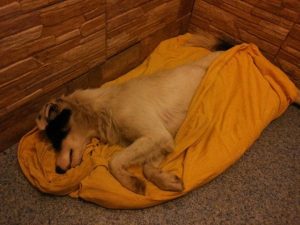 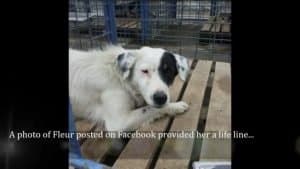 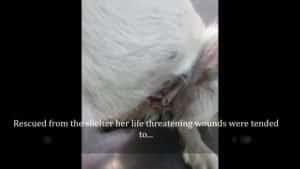 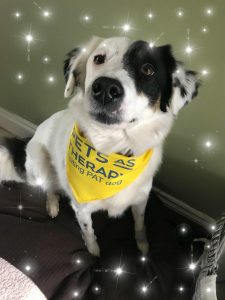 Show your support for Fleur

Fleur is a fighter she so deserves this award

Fleur so much deserves thia award