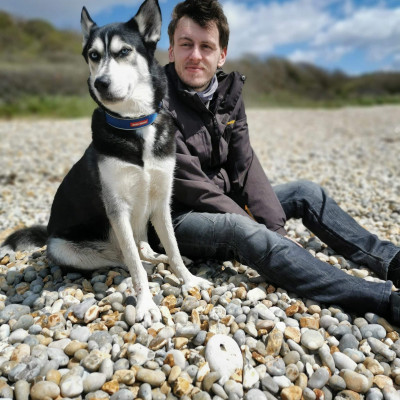 We began to Foster Hunter when my Partner had just come out of the hospital. He had gone into the hospital a fit and active guy who loved the outdoors and came out a walking skeleton who struggled to walk from the car to our front door. Being fit and strong was part of who he was and he had lost that, it was really hard for him.

When Hunter arrived in our care he was much the same as Mike, he lacked any muscle and was underweight. He so rarely been exercised that he didn’t have the muscles to support his joints and was diagnosed with Arthritis as well as Bilateral cruciate rupture. Yet Hunter still had so much life in him, such a drive and desire to be on the go.

Hunter really helped to distract Mike from the medical trauma he had endured and the life-changing disease that he had been diagnosed with and they started their road to physical recovery together! Short walks around the block became hiking for miles and after 6 months of being our foster, we officially adopted him in September of last year. There is no way we could have let him go – he has given us so much, the least we could give him is a forever home! 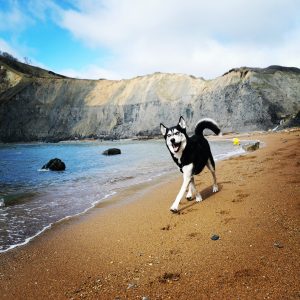 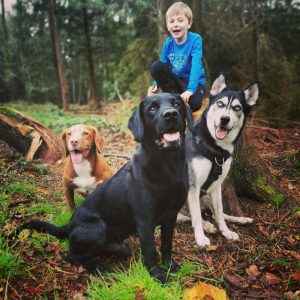 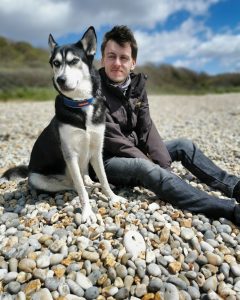 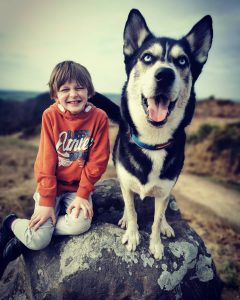 Show your support for Hunter