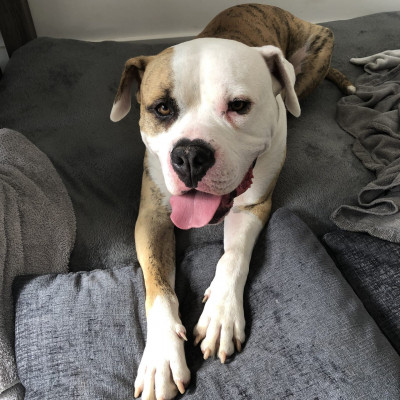 Hugo was dumped in Newcastle at the young age of 6 months. He was taken in by Newcastle Cat and Dog shelter. Sadly this was at the start of the pandemic in March 2020 and so life was very hard for him. The shelter was closed and there were few staff available but they did all they could. My husband and I adopted him in September 2020 as soon as we spotted him on the shelter’s website. However, within a few weeks of having him, it became apparent that he was limping. After months of investigations, it turned out that this young dog had elbow dysplasia in both front legs and arthritis. He underwent surgery a few months later and is recovering well although he will always have elbows that stick out and arthritis that gets worse. Hugo is an American Bulldog. He looks a bit fierce but is a gentle giant. He has had a rough start in his first 18 months of life and has battle scars to prove it. However, he has the biggest heart going and it’s even on his nose! He is getting more confident but is scared of thunder and loud noises. We will never know what happened to him in his first 6 months of life and we continue to build on the training that was started in the shelter. He is a work in progress, as we all are and we love him to bits. Hugo by name and huge in nature! 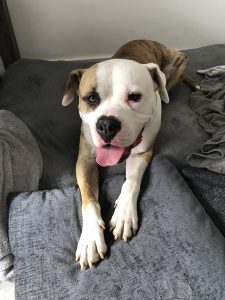 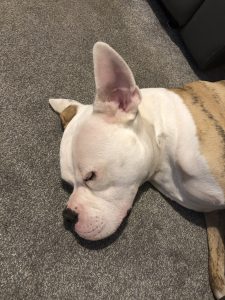 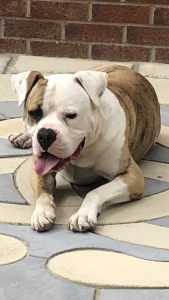 Show your support for Hugo