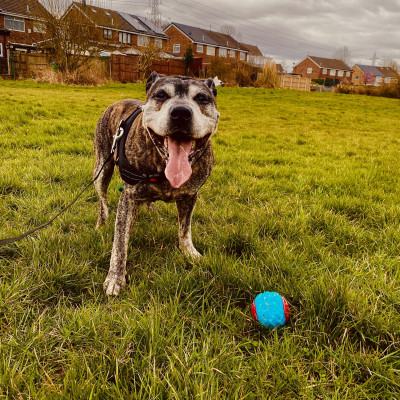 Boss is an 11-year-old Staffie who loves to play catch with his big human brother on the field and loves to go on walkies with his human sister-in-law. He loves his food and chew toys,  especially his dental sticks and sometimes he will trick us into giving him 2 instead of 1!  He loves a cuddle and watching people walk by out the window. His favourite activity is sunbathing where he would spend hours if we didn’t monitor him. Boss has recently come on leaps and bounds with some lead and reactive training. After only a week or so, he was like a different dog to take out!! We’re all so proud of him and love him beyond words. Recently, his sister-in-law’s dog passed and while grieving for him Bossy became her best friend. He knew something was wrong and he followed her every step, never leaving her side. Bossy helped emotionally indescribable amounts with her loss and as a family we adore him and his soft nature. 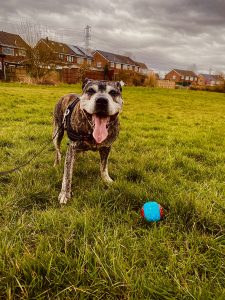 Show your support for Boss