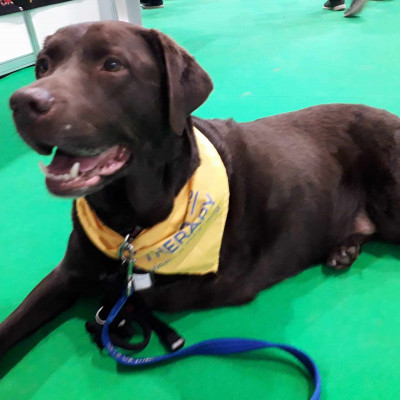 Coming up to his 5th birthday Jack, a chocolate labrador, was a happy, friendly boy who loved long walks, belly rubs, cuddles, fun agility and flyball and, of course, treats.  He was a Pets as Therapy visitor and was in the process of becoming a canine blood donor.
Sadly, one Saturday afternoon he launched himself into a pond and moments later emerged with a huge cut on the back of his front left leg, caused by something unseen below the water.  Sadly 10 days later, the decision was made that the leg should be amputated, despite hard work and dedication from the vets and nurses at Brentknoll vets in Worcester which included 3 surgeries, daily dressings and endless antibiotics, pain relief, belly rubs and treats. . The circulation to his paw had failed and the paw was dying. The only other option was euthanasia. Throughout this entire time, Jack accepted all the treatments with a waggy tail, with no change to his happy, loving behaviour.

After a period of recovery aided by weekly swim and doggy gym sessions to build his core strength, Jack has gone from strength to strength in the last 5 years. He still enjoys walks with his brother Harry, although they are shorter in time and length. He loves running through agility tunnels and would go over the jumps and equipment if I let him.

Jack continues to volunteer for Pets as Therapy, visiting establishments including hospitals, mental health wards, a local prison, services for people who are homeless and vulnerable and a Veterans group. Here Jack and his brother Harry bring joy, comfort and unconditional love along with a non-judgemental listening ear.

In 2019 Jack was a Pets as Therapy PAT Dog Of The Year finalist which involved a trip to Crufts and the opportunity to represent the charity and to share his story.

After he was fully recovered from his surgery Jack was signed up with Pet Blood Bank as a canine blood donor until he retired on his 9th birthday. He donated 14 times saving the lives of up to 56 dogs. Staff at Pet Blood Bank always ensured he was happy and comfortable and changed their procedures to enable him to donate. Jack took to donating very easily as he received cuddles, belly rubs and lots of treats throughout the process.

In 2020 Jack received the Bramble Craddock Award from Pet Blood Bank, not only for his donations but also for his volunteering with Pets as Therapy as well as his fundraising efforts for Pet Blood Bank, Pets as Therapy and Hounds for Heroes as he comes with me to dog shows to raise funds and awareness for these three charities. These activities have obviously been somewhat curtailed by current pandemic restrictions but it is something we hope to continue later this year.

In 2020 Jack volunteered on Pet Blood Bank stand at Crufts raising awareness of canine blood donors where he enjoyed lots of belly rubs while I spoke about canine blood donors and also when asked, shared his story. Many people we meet want to know his story and how he continues to live life to the full and over the years Jack has been an advocate for tripaws. Many are surprised that only having 3 legs doesn’t stop him from enjoying life. Jack still loves his treats and belly rubs and despite being a tripaw is living his best life and continues to make a difference in so many lives including mine.
As a key worker in a nursing home, caring for people, some of whom have died from Covid, he and his brother have been my destressers during this time.

Jack is also nominated for a SuperDog Companion Award. 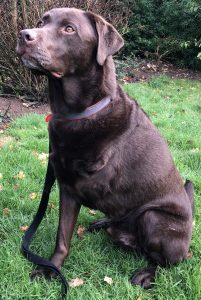 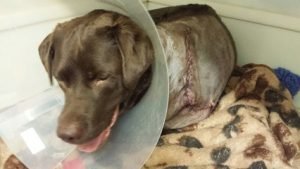 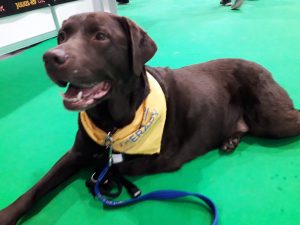 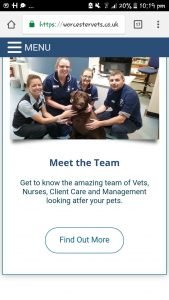 Show your support for Jack