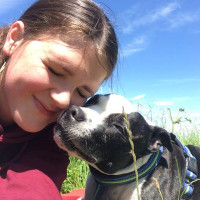 My dog, Keesha, deserves this award because she saved my daughters life. Carissa could have died if it wasn’t for Keesha having an amazing sixth sense and known something up. One night, when everyone was asleep, Keesha started barking at my daughter’s door in the middle of the night which I thought was weird because Keesha never barks, she only ever winces. So I woke up and went into my daughter’s room and shockingly discovered that Carissa had taken an overdose and was dying in her bed. Keesha leapt onto the bed started licking my daughter’s face to try and keep her awake while I rang an ambulance straight away. Right up until the ambulance came, Keesha stayed right by Carissa’s side.  Luckily my daughter survived, but Keesha really has changed her life. Ever since this incident, Keesha has become Carissa’s personal therapy dog and we haven’t had an incident since.  Keesha is the best companion for Carissa we could ever ask for.   Even more surprising is that Keesha was a rescue and her previous owners didn’t treat her properly. To think a rescue dog can be that intuitive is incredible so that is why I believe Keesha deserves to win this award. 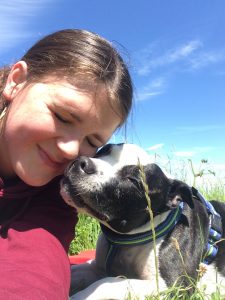 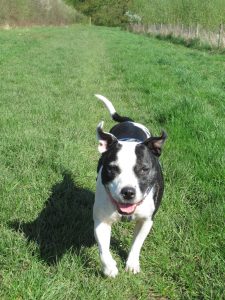 Show your support for Keesha