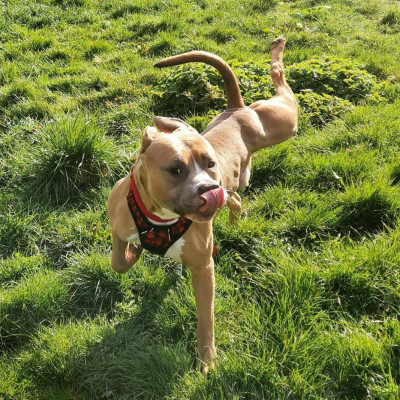 Ted moved into the flat opposite me as a puppy. A few months later I realised he was being abused when I saw his previous owner kick him through a door. I used to hear him squeal and it would keep me awake at night. I saw him sprayed with disinfectant and left tied up on a choker chain unable to lie down for hours. He was not allowed outside of the flat but would be punished when he would inevitably have accidents, I could hear all of this from my flat next door. His owners were very intimidating people.

A rescue charity was called but they were threatened by the owners and they left. The owners also attacked the person they thought had called the charity. I was at a loss of what to do as his owners were so aggressive and it seemed like nobody was willing to help him. I knew they were moving away and I couldn’t let him go knowing what was happening to him. I wrote them a letter and put it under their door offering to buy him which they jumped at. Ted was underweight, battling a severe mite infection and was terrified of everything. He went to live with my parents for a couple of months and I organised to move away so that he could have a fresh start in a house with a garden.

Ted is incredibly gentle, he still afraid of men but he has no aggression in him at all for a breed that is labelled as “dangerous”. He amazes me every day at how he chooses to be kind and gentle and trusting regardless of everything that has happened to him. I have seen him come through the worst, having witnessed his abuse first-hand. He is incredibly happy, appreciates life, and really lives in the moment. He is truly a special dog.
His Instagram account is @rescue.ted 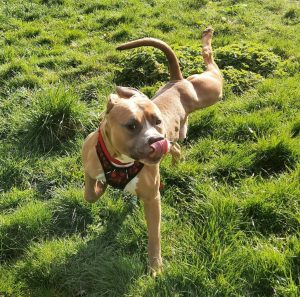 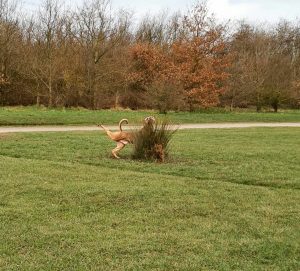 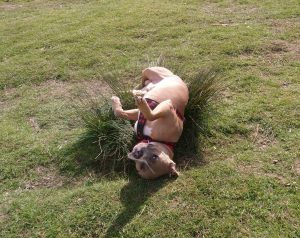 Show your support for Rescue Ted