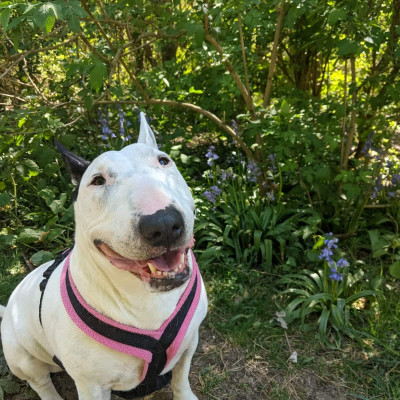 My girl Prea is an English Bull Terrier. She was stabbed 7 times, used for breeding and then left to die. Fortunately, the police brought her into the surgery where I worked at in London. I lived above the vet’s at the time and there were too many people around.  She was frightened. To start with she was so frightened, she couldn’t bark, then she turned the other way and barked if anyone passed our door. At the suggestion of her behaviourist,  I took her away for a week to my mum’s house in Worthing so she could decompress. Once we were there, Prea slept for hours and then slowly you could see a relaxed dog emerging. I decided with my boyfriend that we would move to Worthing where it’ isn’t so built up. Since then, Survivor SuperDog Prea has come on leaps and bounds and she is a much happier dog. She is naturally scared of strangers, but once she gets to know someone, she is so happy and trusting. She loves playing with other dogs. We have now passed level 1 of a cooperative care course that slowly gets her used to being handled.  For example, she can now have her ears cleaned and her claws clipped without it being stressful. I’m nominating Prea for a SuperDog Award because she has taught me so much and I wouldn’t, and couldn’t be without her. 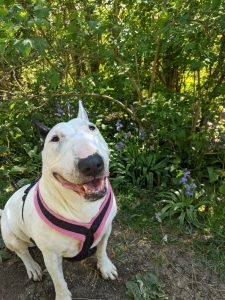 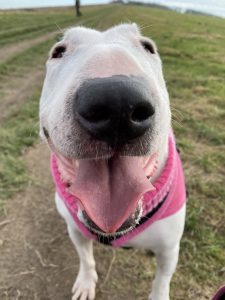 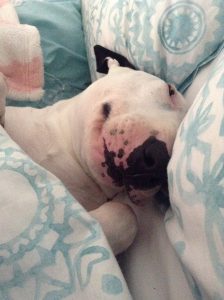 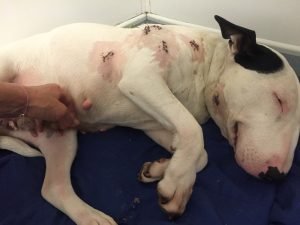 Show your support for Prea