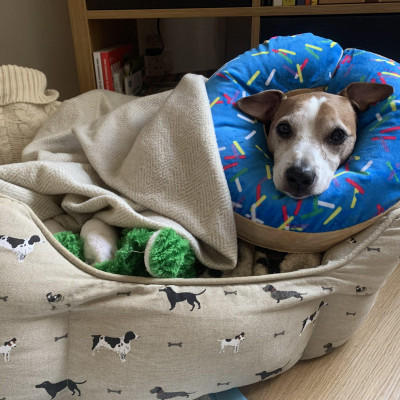 Dave the Jack Russell was hit by a car as a young pup, and it didn’t look like he would survive. He was sent to a specialist to save his very badly damaged hind leg and he has undergone numerous surgeries to try and fix it. Dave’s leg was never fully mobile, even after physio and hydro, but for years he coped with its stiffness.

At the end of 2020,  when Dave was ten years young, he developed an infection in the implants of his injured leg. His poor pawrent had to come to the difficult decision to amputate the leg so that he could have a long life with less aggravation.  Dave was the model patient and is much loved by everyone at his vet’s for his strong will and great personality.  He has now adapted to his 3 legged charms and has perfected a handstand when going for a wee 🙂

With a love of rolling down hills and his mum’s homemade biscuits, SuperDog Dave is a doggy inspiration to all. 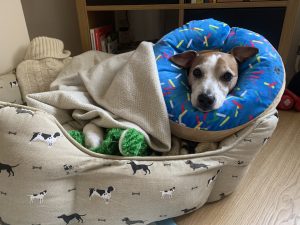 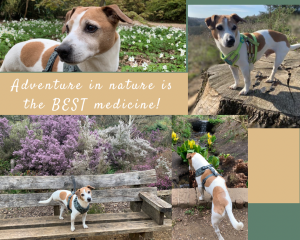 Show your support for Dave