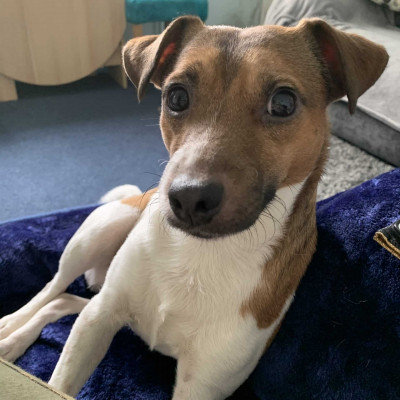 Milo was put up for sale on gumtree and his face was so beautiful I fell in love at first sight. I’d just lost my last dog, Jess, and there was a huge hole in my home. When we went to see him, Milo was living in a house with five dogs, two cats, three birds and a monkey. I took one look at him and couldn’t leave him there. When he first arrived, he was skin and bones and was scared of his own shadow. He was also flea, worm and tick ridden, and had no house training. He had no idea how to act with either people or other animals. Since then, SuperDog Milo has come on in leaps and bounds, and he is now an active, comfort-loving, playful, gentle dog.  Milo still doesn’t like other dogs, and I don’t think I’ll ever be able to leave him to run off the lead, but I’m nominating him for a SuperDog Survivor Award because I’m so proud of him and how far he’s come. 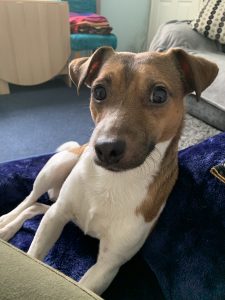 Show your support for Milo