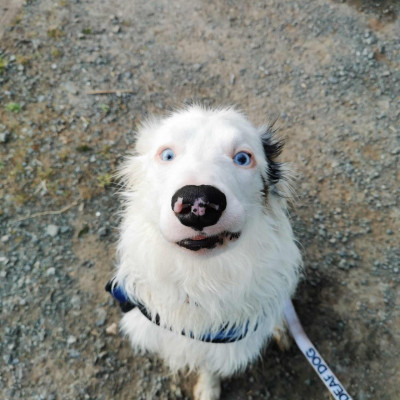 In April 2019 I lost a very special 15-month-old puppy who had issues her whole life. Shortly after that, I received a plea about another puppy who was off to a rough start and needed a home.  Straight away I went to collect Polar, a terrified pup who was born deaf and had eye issues at only 10 weeks old. Polar came into a grieving and sad home, but one full of love. He immediately brought me back to life, but soon into our journey, his seizures started. Thankfully the seizures are now under control and Polar quickly became an enormous happy energy regardless of his issues. He overcame food aggression, fear of people, severe separation anxiety and quickly became my best friend. He’s formed a very special bond with my blind grandfather and sits on his feet to let him know he’s there. He keeps an eye on him and fetches me whenever there’s a possible issue. He has taken it upon himself to mother all the rabbits that I rescue, cuddling them when they’re unwell and checking in to make sure they’re okay. He struggles with his sight and even though it is deteriorating (there’s always the possibility of seizures due to neurological issues), there’s no stopping him! He is an advocate for double merles and the rescue I set up called Ivy’s Cause (named after my puppy that passed). Polar helps me raise awareness about the complications of merle to merle breeding, becoming an Internet sensation in the process. He’s my super dog, and I couldn’t be more proud of what he has overcome and how caring he is considering his rough start! 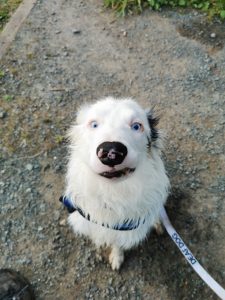 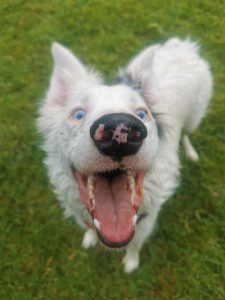 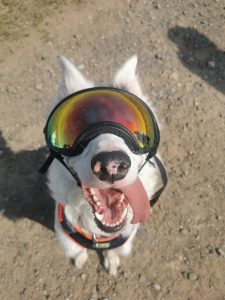 Show your support for Polar