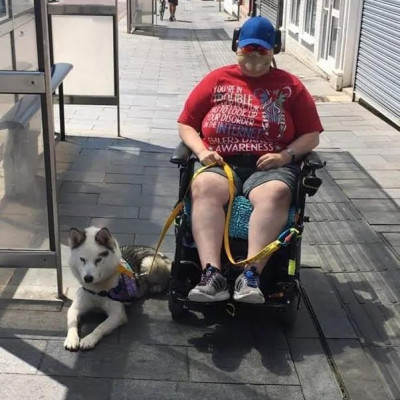 We read about Loki on FaceBook. He is a rescue who went through a lot of trauma and abuse. When he came to Tyr he was not yet six months old, he was severely underweight to the point of not being able to walk unassisted, and half his face and eye were swollen shut. With lots of love and careful handling, he began to trust his new life. Loki healed so well, body and soul that now he is Tyr’s amazing sidekick in life. Loki does a lot of things to help his partner. He monitor’s Tyr’s heart rate to make sure it does not drop too low due to PoTS. He sniffs unopened food packets and can alert Tyr if he smells anything Tyr is allergic to due to MCDS. He also does psychiatric tasks such as blocking, guiding, anxiety alert, DPT, LPT, and acting as a distraction. Tyr says “The way Loki and I see it is that I rescued him so now he rescues me.” And that is why we are nominating them for a Naturo SuperDog Team Award. 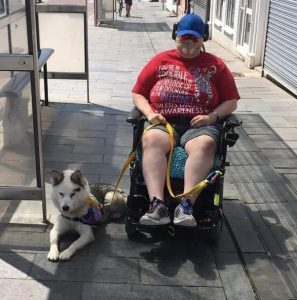 Show your support for Tyr and Loki