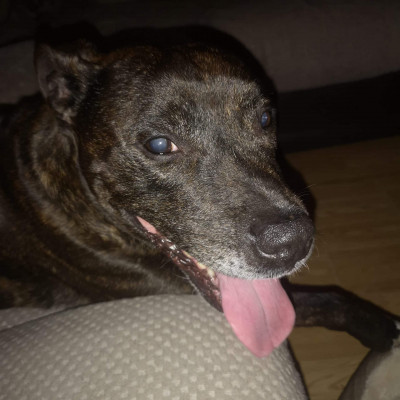 Sam is our 13-year-old Staffordshire bull terrier. He joined our family pack when he was just 4 weeks old due to the owners neglecting their litter. Sam has literally saved three human lives – two being children – by just being him. His unconditional love, loyalty, friendship and ability to just know things, things that no human would be able to comprehend.

My son, Logan, is on the autistic spectrum and from the age of two, he has had Sam by his side, helping him through struggles that you and I wouldn’t be able to understand or comprehend. Sam became the best friend my son needed whilst he was being outcast by his peers at school and was the solid support he needed emotionally after a very stressful trip out. Sam helped Logan focus on him to help him from being overwhelmed with the world around him, and sometimes the mean words Logan would hear by adults walking by too. Sam would sense Logan’s upset and be right there, giving him the love he so needed at that given point. And he has continued this for 13 years.

Sam also helped my daughter get through severe bullying to the point that it was nearly too late. Sam would lay with her, show her love and was sure she never felt alone. There are no words to be able to explain how much Sam was there to help her emotionally when she was in such despair.

After physically and emotionally being present for both my children during their hardest and darkest times, Sam got me through a domestic relationship that I’m now free of. For ten years Sam never left me alone in the same room, nor did he leave me when my tears dried out.

If there really was a way to measure how much just one dog has done for the better, then Sam would be there to meet you at the top.
There truly is so, so much more to Sam than the few things I’ve written here but in those 13 years, he has genuinely changed many lives, sharing so many smiles along the way.

My children and I owe Sam our lives, which makes him a true hero and deserving of a SuperDog Award. 🐾💙 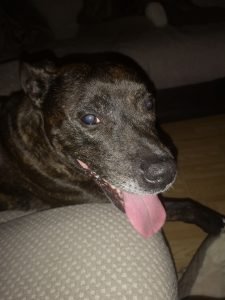 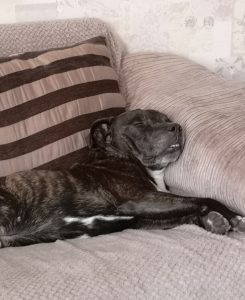 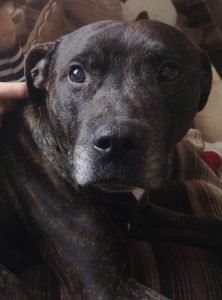 Show your support for Sam