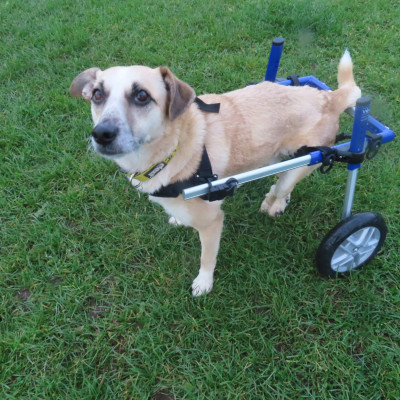 Paddy was hit by a car in Romania and left to die. Sirius Animal Rescue stepped in to rescue him and provided him with diagnosis and treatment. Unfortunately, this meant he couldn’t walk on all 4 paws and he scooted around on his bum. We thought he would remain with the rescue forever. With the help of UK charity Miracles Mission, Paddy got to the UK where he had physio, hydro and was fitted with wheels. His walking has improved so much and he now often walks on all 4 paws. He’s a huge inspiration. We walked a marathon in his wheels and raised over £1000 for charity. He also goes Kayaking with his mum! He lives the most amazing life. From being left for dead at the side of the road to living the best life. Paddy is nominated for a SuperDog Award because he has the most enthusiasm for life. He never gave up and showed the world he was ready to fight. 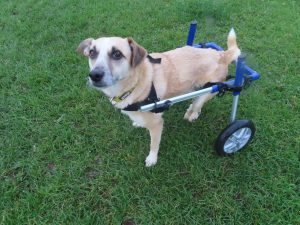 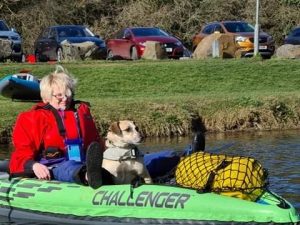 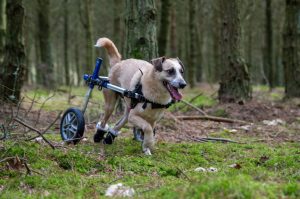 Show your support for Paddy