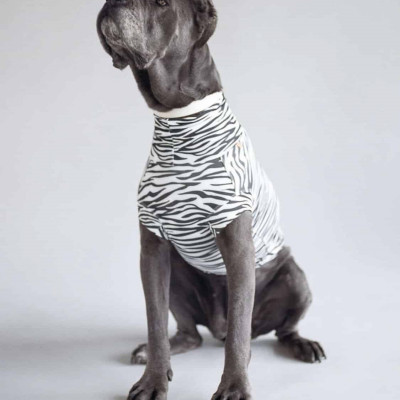 Kora came into my life when she was found dumped on a dual carriageway and a member of the public brought her in to the vets where I work. It was clear that she had suffered a huge amount prior to this- her ears had been cropped with a pair of scissors and her tail had been butchered into a very poor dock. But she was, and always has been, a loving, trusting and gentle soul.

I have a chronic condition which affects my every day life- Kora is my registered assistance dog for this condition and she gives me unconditional support in every way possible. She has changed my life and she is the best friend I’ve ever had.

Kora has been a big part of numerous campaigns, including #cutthecrop #flopnotcrop and featured on Steph’s Packed Lunch to discuss the barbaric actions of cropping and docking and to promote the campaign working towards closing loopholes and clearing smokescreens of UK laws.

She has also been on Paul O’Grady’s “For the Love of Dogs” twice, is part of several social media features to encourage people to consider rescue animals and recently took part in a Selfridges feature in conjunction with Battersea Dogs Home.

Despite everything she has been through, she continues to shower us with love and manages to trust those that she meets out and about. She is a true advocate for large breed dogs, rescue animals and a prime example of how animals can show more humanity than the human species. 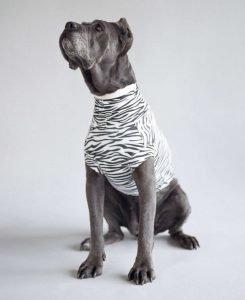 Show your support for Kora