Rico – a rescue dog with a hero’s nose! 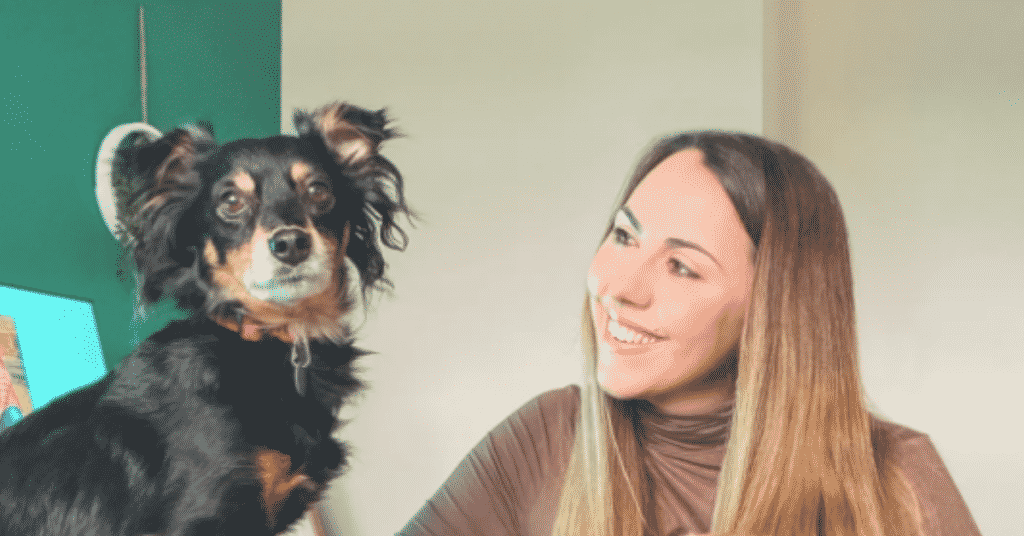 Rico – a rescue dog with a hero’s nose!

It’s every dog owner’s nightmare… losing your dog! Some dogs will remain faithfully by your side and avoid any dashes across the field towards a cottontail hopping in the distance, but for those with more difficulty keeping their instinctive urges in check, it can be a constant worry. This nightmare came true for a family whose dog had not yet been microchipped. Now the rescue dog named Rico who helped find him has been nominated for a Naturo Superdog Award.  Rico’s owner, Rachel tells us his amazing story…

“Rico is a 6-year-old Kokoni cross breed who was rescued from the kill pound in Portugal where he was due to be put to sleep in 2 days. Now he has gone on to rescue another dog!

Rico had behaviour problems and he was scared of humans and dogs. So to help him gain confidence we undertook pet trail and man trail training with Becky Smith at Pet Trailer U.K. But the  training had been on hold because of Covid 19 restrictions.  Then, in March, we were out doing a day’s training for my job when we heard a family shouting, “Henry! Henry!” They had lost their dog on his walk. Henry, the missing dog, was new to the family and was not yet microchipped. They feared they would never get him home.

Although Rico had only ever done short set up fake trails for dogs as a hobby, I felt I had to give it a go. His long line was in the boot of my car so we tried! A scent article is what the trailing dog uses to establish who or what they are trying to find. With limited options available, I picked Rico up and popped him in the boot of the family’s car. The problem is, the car doesn’t just smell of Henry, it smells of the whole family and their other dog, a beautiful Golden Retriever. To try and reduce this problem, I then let Rico sniff each of the 3 family members  and their other dog at the scene where Henry was last sighted, so that Rico could eliminate them from his search. This was something I had learnt from Pet Trailer U.K. as she is very thorough with her training and now I really understand why.

Off we went! We were on the search for Henry, accompanied by one of his family members to approach Henry if he was spotted, as he is nervous and would likely flee if approached by a stranger. Pretty early on Rico indicated across a river, twice, but I couldn’t get across. It was too deep and the other side of the riverbank was rocks enclosed with metal mesh which I could never scale. So we had to go the long way round, we went back over a bridge and then Rico re-joined the trail at the point he had indicated. He walked straight past a food bank where Rico literally ignored all the food, as he was so focused on the task at hand.

He kept telling me to go through a broken-down, discarded lorry with the back down, but I couldn’t get down there. Instead, I picked him up onto a 5ft wall. He walked along the top to the end. Indicating again under a tunnel but there was no path, no safe way for us to go. I had to come up with another solution, so I took him off working and walked around to the original search point. Again Rico had to re-join the trail. This time he took us through some hellish undergrowth to the other side of where he had indicated before. Again, we couldn’t get through 6ft high green metal fencing. No way under, over or around. Rico tried every route we could find, but sadly as the evening started to draw in, Henry still wasn’t found.

I was disappointed but I also trust Rico implicitly and knew he was onto something. We just couldn’t find a point to re-join the trail. As there was nothing more we could do, we headed home where I shared the story on my Instagram account @NosetotrailUK, urging owners to get a decent scent article for their pets by following @PettrailerUK’s step by step guide. You never know when your dog may go missing, and if Rico is going to help your pet be found – he needs something to work from!

Fortunately, this story has a happy ending, as a few hours later, the Jones family decided to go and have one more look for Henry. Exactly where Rico had taken them, the family found their dog! The owners contacted me on my Facebook page saying “Thank you so so so much for today!!! Please thank Rico for us!! We found him exactly where Rico was taking us!!! He was spot on!”

This story is inspirational in so many ways.  It’s remarkable how a mistreated, abandoned little dog overcame all obstacles to go on and learn a new skill so quickly and return a much-loved family pet to his home is truly exceptional. All dogs are super dogs, but Rico is definitely most deserving of a hero’s reward.

Is your dog your hero? Do you know of a remarkable dog? Show them some love and nominate them now for a Naturo SuperDog Award.