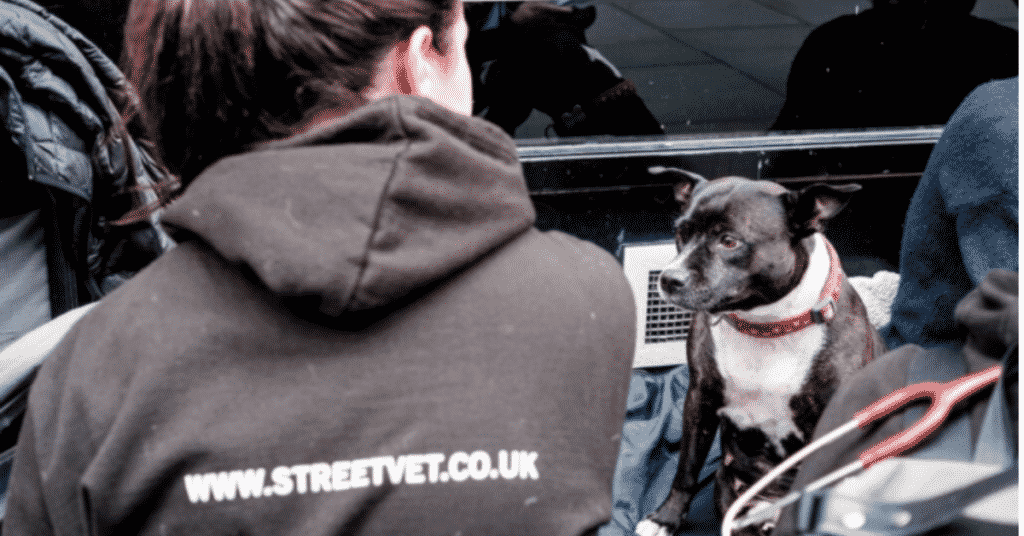 One of the many wonderful aspects of the Naturo Superdog Awards is that it shines a light both on inspiring dogs and on amazing humans changing lives for dogs. The categories for Teams and for Campaigner are open to both dog and human nominees and the devoted dog lovers at UK-based charity Streetvet have been nominated in both. Given the exceptional work of the management and volunteers at Streetvet, it’s no surprise they have been nominated for a Naturo SuperDog Team Award; not that their inspirational founder, Jade Statt, has been nominated in the campaigner category. Now we see that the wonderful Clare Balding, who has long been a fan of the charity, recently announced her role as a StreetVet Ambassador, and has also been nominated for a Campaigner Award.

The concept of StreetVet was born in 2016 on a night out in London when Jade met a homeless man and his dog. He spoke about his unconditional love for his dog, his fears of losing her and his concern about the skin condition that was affecting her health. Having recently lost her own dog, Oakley, his worries resonated with Jade. She felt frustrated that she couldn’t use her veterinary skills to help them, but she kept thinking “How would I feel if this was Oakley?”

“StreetVet helped me keep focused through my grief but more vividly for me was that I identified with the unyielding bond between owner and their dog. The human-animal bond is extraordinary and it’s a privilege to experience.” So with a backpack of medications, a stethoscope and a nurse, Jade started ” Streetvetting” in October 2016 and it was clear there was a real need for the service. After she met like-minded vet, Sam Joseph, who had been doing the same thing in a different part of London, they officially founded StreetVet together and the pair now lead teams of devoted volunteer vets operating across the UK.

Even as their work delivering veterinary services on the streets continues to expand across the UK, the StreetVet Team has also launched a project to improve access to hostels for homeless people who own a dog. Hostels are an essential part of the UK response to the growing problem of homelessness, providing individuals with a temporary place to stay and helping them to find a way into permanent accommodation. Yet only 10% of all UK hostel projects currently accept pets and fewer than 7% of homeless pet owners would give up their dog in exchange for housing. StreetVet wants to ensure nobody has to choose between their pet and a roof over their heads and in response to feedback from hostels, they have developed a comprehensive Hostel Accreditation Scheme offering training and wrap-around support, enabling hostels to adopt pet positive policies.

The team at StreetVet demonstrates unwavering dedication to underserved homeless people whose dogs are vulnerable living on the streets of UK. You can vote for them to be included as finalists in the Naturo Superdog Awards!