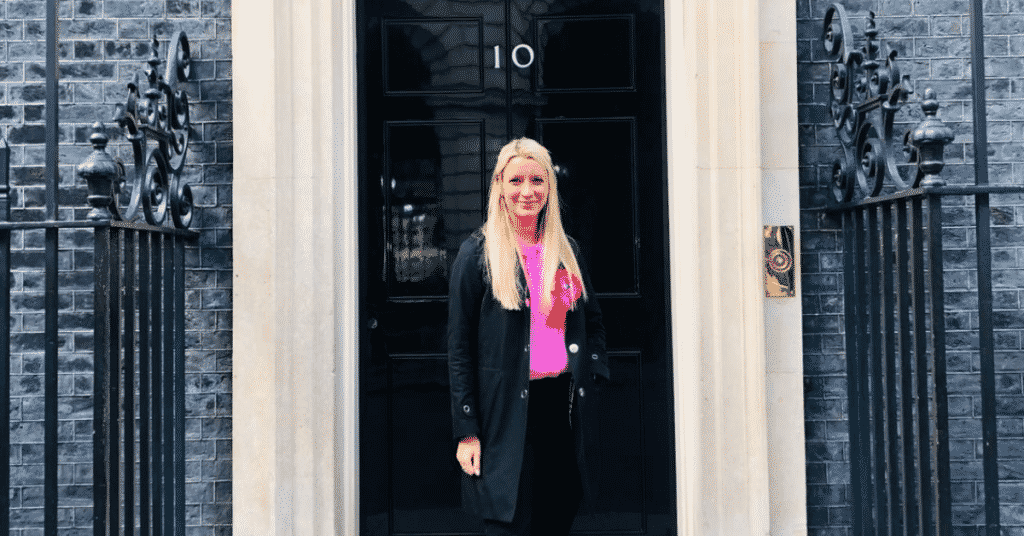 Charlotte Tobin, managing director and founder of Belle PR, has achieved huge professional success, building up her own business and creating an enviable contact book full-to-bursting with the names of the most influential celebrities and media outlets in the UK.   However, she has another passion to which she dedicates countless hours, and that is fighting for the rights of our favourite four-legged friends.

It all started when she met Marc Abraham ten years ago. Fellow nominee Marc, also known as Marc the Vet, is a regular on TV owing to his many appearances on the Paul O’Grady Show, BBC Breakfast and This Morning. He and Charlotte clicked after discovering their shared love of dogs and she soon became involved in helping with Marc’s quest to uncover the dark world of puppy farming.

Being a practising vet, Marc found he was treating numerous puppies who had become sick from a disease that could only be passed on if they had been living in squalid and unhealthy conditions. After digging into their background he uncovered a ring of puppy farmers breeding and selling puppies, keeping them in horrendous conditions.  He decided to raise awareness of this despicable business and bring an end to it.

Charlotte and Marc worked together to create a media storm about puppy farming, lobbying celebrities and influencers to spread the word and drive signatures to petition the government.  They hosted PupAid, a fundraising event supported by animal-loving celebrities including Rickey Gervais and guitar legend Brian May.  The petition gained over 100,000 signatures prompting a debate about puppy farming in the House of Commons.  Legislation that has become known as Lucy’s Law, was eventually passed making it illegal to buy a puppy that has not been seen with its mother and is not from a registered dog breeder or charity.  Attending number 10 Downing Street to celebrate the passing of the law was a personal highlight and achievement for her.

She then moved on to work with another powerful campaigner Jordan Shelley, who is the Director of the Foal Group (Focus On Animal Law).  Puppy ear cutting is illegal in the UK, however, there has been a sharp rise in the number of puppies having the operation abroad and then being brought back into the country. This is Charlotte’s current pet project and working alongside Jordan, she has been driving awareness for the petition by using her trusty address book of influential names to spread awareness.

As a dog activist, Charlotte provides press support free of charge for these campaigns and works outside of office hours, giving up her free time to fight for those in need.  She insists she is only a tiny part of an inspirational team of individuals going the extra mile to protect those who cannot protect themselves.

When Charlotte is not busy building her business or campaigning for important dog rights for free, she can be found snuggling her beloved sausage dogs Wilma and Waffle. She happily admits she is obsessed with her pooches and nothing is too much to keep them happy.

Charlotte has been nominated for a prestigious Naturo Superdog Award for her ongoing work as a campaigner.  Whilst she is too humble to agree that she is a hero, we definitely think she has made an invaluable contribution to the lives of our four-legged friends and is most deserving of this nomination.