Max Out in the Lake District Nominated for Multiple SuperDog Awards 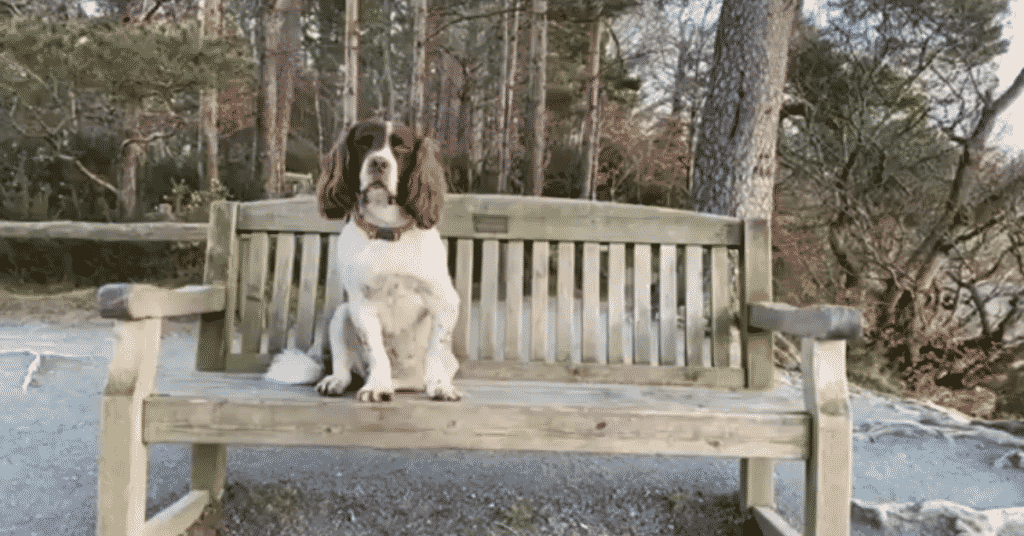 Max Out in the Lake District Nominated for Multiple SuperDog Awards

One Naturo SuperDog Award nominee who has captured our attention due to the sheer volume of outpouring of love and support, is Max the doe-eyed springer spaniel. Indeed, he has helped so many people over the last year, he has even been the hero of a book written all about him and after seeing so many nominations pour in for this beautiful little soul we can definitely understand why.

Max’s story began when Kerry Irving happened  to walk past him looking out from his garden gates.  The two felt an immediate connection and he continued to visit Max on a daily basis. One day, this man decided to ask the owners if he might take Max out for a walk… and so their companionship began.

You see, this wasn’t just any man passing by, this was Kerry Irving, a man who had suffered horrendous spinal injuries from a car crash leaving him in daily pain and on a dangerous spiral downwards with regards to his mental health.  However, Max changed Kerry’s life beyond all recognition.

Kerry, who had come to fear leaving the house and felt life may not even be worth living, now had a purpose. He wanted to see Max, he wanted to see him running through spectacular scenery around the Lake District, he wanted to see him plunging into the glacial Lakes in the middle of winter and frolicking amongst the buttercups in Spring.  It seems the Universe wanted that too as not long after, Max’s owner’s faced the difficult decision of moving to the City and wrenching Max away from the beautiful wide open spaces he so loved. Kerry jumped at the chance to re-home Max and so they officially became life-long friends.

Kerry loved to watch Max so much that he soon became a dog owner cliche by putting innumerable pictures up on his facebook page. People responded immediately and requested more.

Seeing Max bounding around incited pure joy in his adoring fan’s hearts, and videos became a daily pleasure for all. Kerry noticed not only were people enjoying Max’s adventures but they were also beginning to open up about their own personal challenges. Their mental health, their struggles and seeing Max everyday provided a moment of calm, of happiness and relief from their daily lives.

By now Kerry had expanded his pack by two, adding Paddy and Harry to the gang. Their daily mischief, carefree play and soulful eyes as they looked down the camera providing so much joy to all.

So much so that followers were increasing at a rapid rate, with followers now reaching over 200,000! Their help during lockdown when many were deprived of green, open spaces and fresh air was momentous.  Max’s most recent birthday saw him receive over 1,000 birthday cards and allowed him to donate over £244,000 to Kerry’s charity of choice PDSA including a fundraiser to climb Ben Nevis and a date with the Royals at a Buckingham Palace Garden Party!

To believe that one dog could help a man who struggled to leave his house, to climb a mountain is true testament to the power man’s best friend can have over us just by being them. Max and his trio are unquestionably Superdogs in our eyes.  Good Luck!